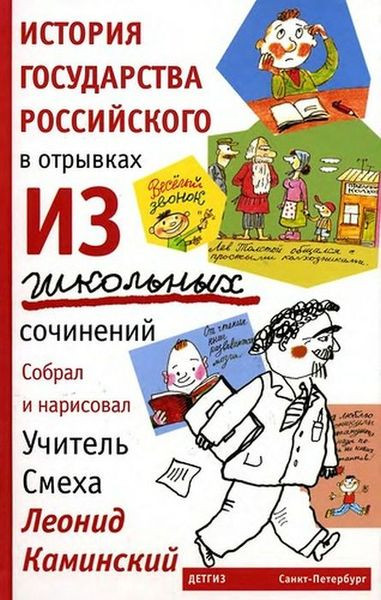 If the left’s foreign policy these days had a slogan, it would be, “Boycott Israel, not Iran.” The double standard, dishonest as it is ugly, is also the motto of Obama’s foreign policy, which benevolently blesses Iran’s nuclear program with one outstretched hand in the name of peace and chokes concessions out of Israel to the terrorists with the other also in the name of peace. 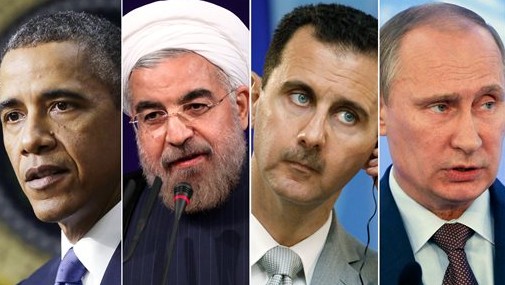 Both peace plans are going disastrously according to plan.


Iran has made it clear that it will dismantle nothing and that it will go on developing ballistic missiles and nuclear technology. Its military commanders threaten to attack the United States and boast that their ships are encroaching on America’s maritime borders.

A Palestinian state has receded into the figment of a dream as elections have become a distant memory and Hamas continues to hold Gaza, leaving a PLO mafia in the West Bank to maintain its monopoly on cigarettes and other commodities while passing around Western aid money to its terrorist militias. The more Kerry pressures Israel, the more bellicose PLO leaders have become. Fatah officials have accused Kerry of threatening to poison Abbas, the Palestinian Authority’s current President-for-Life. The accusation is ridiculous, but the PLO, like Iran, is feeling emboldened by American weakness.

The softer American power gets, the harder its enemies hit.

Obama Inc. however has eyes only for Israel. Its officials and its allied media apparatus in New York and Washington have decided to hold Israel’s Prime Minister personally accountable for any criticism of Kerry and Obama not only by Israeli Jews … but also by American Jews.

An Obama Inc. official said that Obama and Kerry were disturbed over “Jewish activism in Congress” and that the administration had informed Israel of its displeasure over criticism of them by American Jews. Holding Netanyahu accountable for the comments of American Jewish leaders is an ugly Alinskyite tactic in which Obama uses Israel as a hostage in order to silence domestic Jewish criticism.

“Shut up or the Jewish State gets it.”

The constant monitoring and suppression of Israeli criticism was so pervasive that Kerry’s handler, Jen Psaki, denounced a comedy video mocking his disastrous diplomacy put out by an Israeli political group, sight unseen, while discussing expectations that Israeli leaders would rein in criticism of Kerry.

Psaki described criticism of Kerry as “not an attack on him; that’s an attack on the process. And of course that kind of rhetoric we find unacceptable.” John Forbes Kerry had become the living embodiment of peace. The peace process, whether in Iran or Israel, had become reducible to peace. Opposing it meant opposing peace and supporting war. And Kerry had become reducible to the process and therefore to peace. Louis XIV had only claimed to embody the State. Kerry claims to embody peace.

Meanwhile Kerry makes poorly coded threats about international boycotts and intifadas to Israel while promising Jerusalem to the PLO.

The lack of options is the theme of both peace plans. Sanctions on Iran mean war, claims Obama. A failure to reach a deal that will let Iran keep its nuclear program also means war. And so, in true Chamberlainian fashion, the only alternative to war is to accept any offer that the enemy makes.

The willingness to accept any deal is the traditional negotiating posture of the losers of a war, but when any alternative to a peace deal is considered unacceptable, the peace negotiators come to the table as the losers of a war that was never even fought because they had already surrendered in all but name.

When the Senate attempted a little bit of bipartisan pressure on Iran, MSNBC’s Chris Hayes began denouncing the vast Jewish war conspiracy and the left-wing of an already left-wing media shrieked that we were about to be plunged into a war by the Zionist warmongerers. The same outlets that give a hearing to proposals to boycott Israel, chant in angry unison that any boycott of Iran is an act of war.

Every good progressive in Obama Inc. and in its media corps knows that Iran, which took American hostages and murdered hundreds of Americans, is a victim of American foreign policy, while Israel, which is being cut up into a completely indefensible, broken territory for a peace that will never come, is its beneficiary. The terrorist peace processes are unworkable, but they were never supposed to work.

The peace process with the Palestinian Authority has always failed because it was always meant to fail. Peace was the brass ring that Israel was supposed to reach for, but never actually get close enough to reach, carving itself to pieces under the bloody knives of the negotiators in the hopes of proving its moral worth to the world. Dying so that it might be allowed to live. The Iranian deal is more of the same.

Perhaps there is enough tie dye in Obama’s blood for him to genuinely want a world without nukes, but if the US is to retain its nuclear capability, then like Oppenheimer and the other scientists who helped the USSR get the bomb in the name of world peace, he wants Iran to have the bomb for world peace.

Prime Minister Netanyahu thought that he might be able to trade one peace process for another, but he hasn’t even been able to trade concessions to terrorists for sanctions on Iran. Instead he has made the worst possible bargain, trading a self-inflicted punch in the face for an enemy’s kick in the teeth. Israel has once again ended up with the worst of both worlds in the name of peace.

Obama’s dual peace processes have the same agenda. They are both meant to destroy Israel. If the PLO can’t get the job done with intermittent terrorism and negotiations, maybe a nuclear Iran will. The goal is to create enough threats to Israel that it either ceases to be a viable state or simply ceases to exist.

Daniel Greenfield, a Shillman Journalism Fellow at the Freedom Center, is a New York writer focusing on radical Islam. He is completing a book on the international challenges America faces in the 21st century 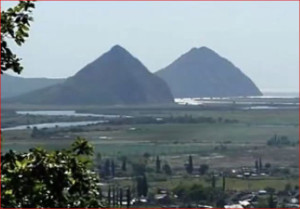